You are here: Home / Budgeting / How To Financially Prepare For A Recession

Being able to understand what is happening in our economy today is difficult.

The economy is robust at the moment, but some areas are struggling:

For the working population, this is a scary thought.

The Great Recession ended back in 2009, and since that time the economy has been rising.

However, the truth of the matter is that this expansion cannot last forever.

What Exactly is a Recession?

Any time that a significant decline occurs within the economic activity and lasts longer than a few months’ time, an economic downturn has occurred.

When a country experiences negative real economic growth for more than two successive quarters in a year’s time, this is a recession.

If a recession is extremely severe, or lasts an unusual amount of time, then it has evolved into an economic depression.

Below, you will find a diagram that shows the economic cycles. 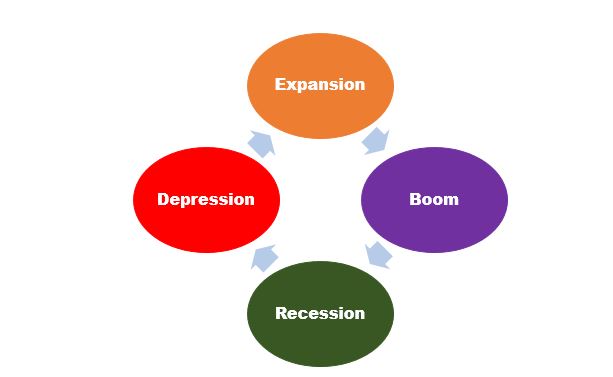 Why Do We Experience Recessions?

The truth of the matter is that no one knows why economic recessions take place.

However, there have been traditional ways to explain it. 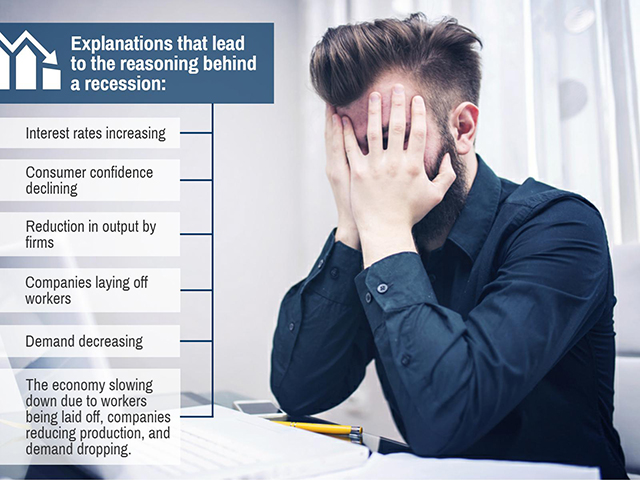 Recessions and the U.S.

Recessions hit the business cycle in the U.S. around one time every five to six years.

According to data that has been collected since the 1850s, there have been around 32 recessions since that time.

The following shows turning point dates for the U.S. economy and the end of the business cycle the economy was in at that time. 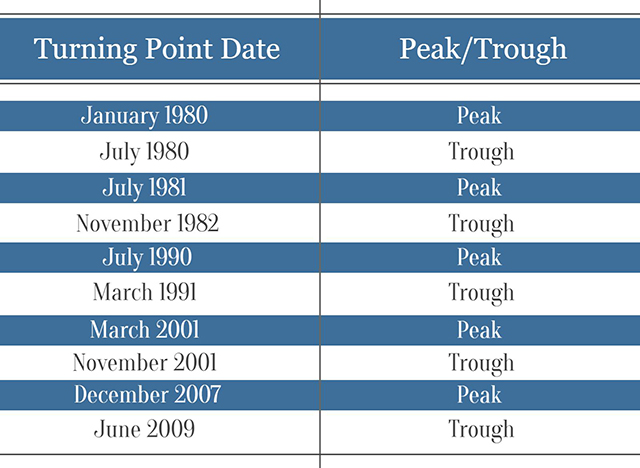 Recessions are a natural part of the economy.

There is no way to prevent them from occurring.

Another one should happen at any moment when you think about the fact the last one was nearly seven years ago.

The next recession is knocking on our door.

When it hits, it is going to impact you, whether you believe that it will or not, and the best thing you can do is ensure you are well prepared to handle what is to come.

How Does a Recession Impact You? 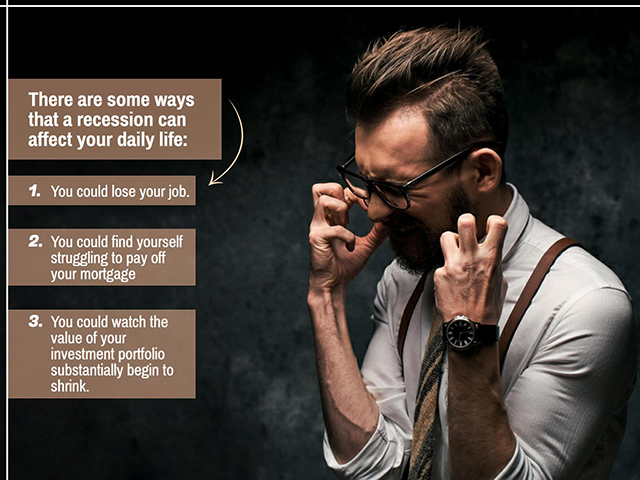 One of the biggest concerns individuals have when a recession hits is that they could lose their job.

Another major concern people typically finds themselves facing during a depression is the inability to pay back their mortgage.

Think about it this way, if you lose your job, are you receiving the same amount of income every month?

No, you have experienced a reduction in your income, and could end up losing your home as a result.

Finally, those who invest start to see their portfolio begin to shrink.

If you have invested too much, you could find that your portfolio shrinks as much as fifty percent in a few days’ time during a recession.

How Do We Prepare?

When a recession occurs, it is going to impact your life.

You want to have a plan in place and ensure you are prepared for the worst.

If you prepare yourself for the worst possible situation, then anything else is good news. 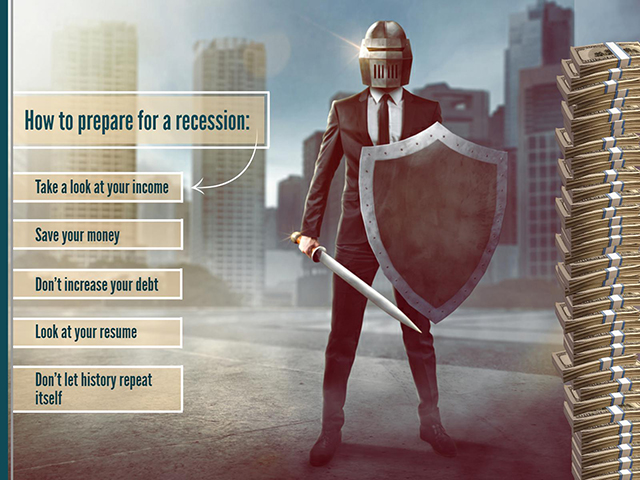 It’s no secret that your income is the most important factor when looking at your finances.

If you have no income, no other part of your funds can be handled.

This is the reason that experiencing less income or losing a job can critically damage the finances for a single household.

When a recession hits, it is not unusual for individuals to experience a substantial reduction, if not a complete cessation, in their income.

Try to diversify your income.

This means revenue is coming in from more than one source.

This may mean that you have to obtain a second job to ensure you have some money coming into your home.

You could even consider starting a business from home to ensure that you have something that you can do on the side.

No matter how you decide to diversify your income, you want to make sure that you have money coming in no matter what happens at your regular everyday job.

You want to try and get as much of a cushion as possible in your saving and checking accounts.

The best way to do this is to save your money.

The concept of saving your money may seem easy enough, but it isn’t.

The best way to save your money is to downsize.

This may mean that you have to give up some of the things that you love so much.

If you do not need it, do not buy it.

Instead, stick that extra cash in a savings account for a rainy day.

This may mean that you have to give up going out to eat every night of the week, or you may consider swapping to generic brands.

Whatever you decide, you’ll be grateful that you cut back and saved your money if things get tight.

At least that way, you will be able to pay the bills for a while until you can find another source of income.

The last thing that you need during a recession is more debt.

In fact, you want to try to avoid signing up for new lines of credit or loans during a recession unless it is necessary.

By keeping your debt manageable, you ensure that you won’t be in a tight fix in the event your income suddenly ceases.

You should also consider trying to pay down as much of this debt as you can if you see that a recession is closing in.

The less amount of debt you have, the less trouble you are likely to be in later.

Everyone has some level of debt.

You may have student loans, a mortgage loan, or even an auto loan.

No matter what it is, you should try to pay it down as much as you can before you end up losing your job.

This means that you will have fewer payments to worry about and fewer people calling trying to collect a debt and making a stressful time even harder.

In 2009, one of the worst recessions to have ever hit the United States ended.

You can take comfort in the fact that it is unlikely the next recession will be as severe as the previous downturn.

Some recessions are light, and people don’t even realize what is going on until the Government says, “Oh, by the way, we’re in recession.”

However, there are still things you can learn from the recessions of the past.

During the last recession, many individuals lost their jobs and their homes when the bottom fell out of the economy.

Businesses closed left and right.  The world was full of uncertainty.

To make it through the worst of it, you have to face your fears head-on.

Take the mistakes of what individuals did wrong during past recessions, and don’t make those same mistakes.

The truth is a downturn is inevitable, and we know that there will be one eventually.

Many people make the mistake of thinking that their job is safe during a recession.

No job is safe during this time.

It is important to realize that.

For this reason, make sure that you are looking over your resume on a regular basis.

Keep it up to date.

Even if you are not currently looking for a job, there is a possibility you will be in the near future.

You may need to send your resume out quickly.

Make sure that you keep it up to date.

You also want a resume format that is easy to customize and that can be updated quickly to fit the position you are applying.

By taking charge and preparing now, you can ensure that a recession is not the end of life as you know it.

Instead, you can make it through the recession, and maybe even be better for it.

Previous article: Tips For Breaking Bad Financial Habits
Next Post: What Age Should You Start Saving For Retirement?