You are here: Home / Budgeting / Your 5 Step Guide To Getting Out Of Debt

Debt is so easy to pile up nowadays.

Whether it’s credit cards, student loans, or auto loans, piling on the credit obligations is holding many people back.

Read on for five tips on how to get out of the red, and into the black.

Debt, huh, yeah, what is it good for, absolutely nothing

Like any problem that isn’t tangible or rectifiable in a day with hard work, debt is one of those things that many people simply avoid dealing with.

You can take each day as it comes and convince yourself that it will all work out in the end.

However, this is dangerous.

Debt is real, and while not physically tangible, the effect it can have on your future and finances certainly is.

What follows are five tried and tested ways to get out of debt, verified by experts and communicated to you here, so that you don’t fall into the typical trap of waiting for it all to magically go away.

Know exactly what you owe

The first step to any sense of fiscal prudence and clearing of debt is knowing how much you need to pay back. 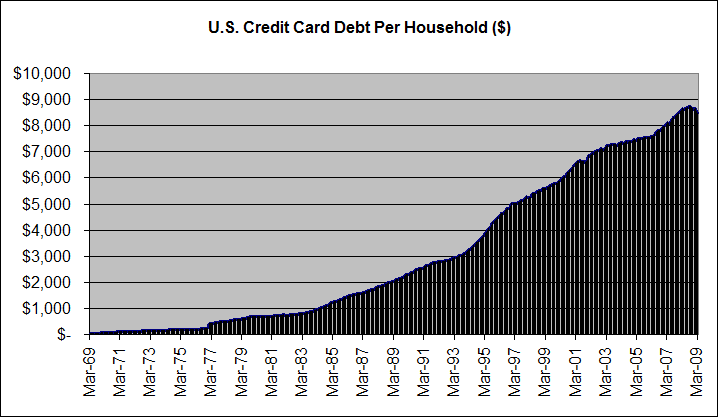 Some students need to start paying back student loans before they have even received their shiny diploma and managed to hang it on the wall.

Though a grace period is common, it is not normally more than six months.

This means that you should know what you owe by the time you graduate so that you can set up a repayment timetable.

While the initial calculations might be draining, they’re far better than the emotional strain and shock you’ll endure later when you realize the debt has ballooned into something unmanageable and you’re hit with late payment fees.

You want to avoid that situation at all costs, so it’s worth the effort to come to terms with your finances now.

One way to get on top of this issue is by obtaining a credit report.

This is not a credit score.

It is only a compilation of your debt obligations as declared by all companies you are involved with.

It can be easily obtained from websites like Credit Karma or Annual Credit Report, who are federal-mandated websites responsible for disseminating reports that are compiled by the three credit agencies:

Don’t forget to add any other outstanding debt to the figures obtained in your report, such as money owed to family and friends, or companies that haven’t declared it for some reason.

Checking your credit report can also allow you to ensure there are no mistakes in your report.

Mistakes are bound to happen and the longer you leave them, the harder it will become to rectify, and the more disastrous it could be for your finances.

Bringing all the information together onto one page is a great way to keep on top of your finances.

While doing this calculation don’t worry about being off by some small percentage.

You’re just trying to get an idea of how much you owe.

You aren’t formulating documentation to send to IRS.

This is just a personal exercise at an early stage in your debt repayment process.

Feel free to round the numbers to the nearest half thousand dollar if it helps you process the amounts better.

You just want a grasp on the bigger picture, not a pin point figure.

Not all loans are made equal: rank your debt obligations

While compiling this list, whether through your own knowledge of your loans or the report obtained from the websites we mentioned earlier, you can rank your loans.

The criteria with which you should rank them is their interest rate.

For example, student loans will generally have a lower interest rate, say 6%, than credit cards which could have a typical rate of 15-20%. 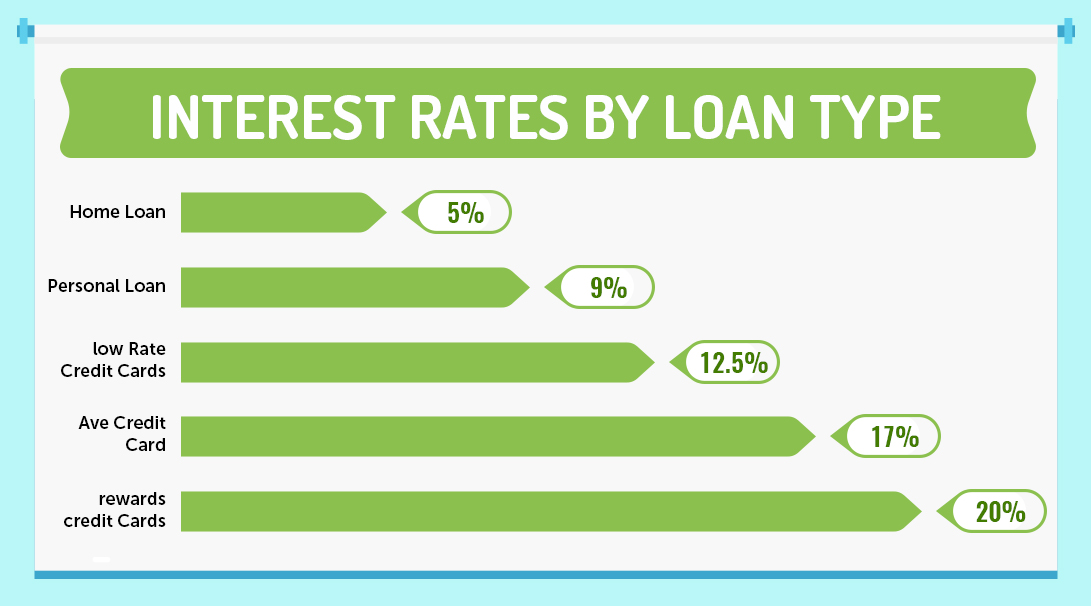 The reason for doing this should be obvious.

By seeing which loans have the highest rates of interest, you can determine which are the ones that most urgently need to be paid back.

The higher the interest rate is, the more the loan will grow over time, and the more you need to pay back.

Focusing on each debt separately

This is the third step in your loan repayment process: establishing which loans are the most urgent, and which are the least.

Ensuring you use this strategy could help you save hundreds or thousands of dollars by making sure your repayment strategy is targeted to those loans that will cost you more the longer they accrue interest.

Paying larger amounts on the more expensive loans will reduce the interest you’ll have to pay in the long run.

The minimum payment amount is just that, the minimum you can do.

Don’t think because you are paying this that it is all good.

Ideally, you should be paying more than this for the expensive loans to reduce interest payments and get rid of the debt quickly.

Minimum payments are sometimes intended to ensure you are paying back for a longer period of time, which means more money made for the lender.

Don’t fall into the trap.

It is important to focus on the interest rate, the APR (Annual Percentage Rate) rather than the balance size of your debts.

While your student loans will seem huge in the face of a few thousands worth of credit card debt, the latter is the more urgent.

A larger amount might seem more daunting and less wise to have hanging over you, but the lower rate ones are less likely to increase into something uncontrollable.

In fact, if managed badly, your smaller loans could overtake your bigger ones in terms of amounts paid to the lender, through their interest rate growth alone.

Those smaller but more expensive loans are normally credit cards.

And the worst offenders tend to be retail cards, such as Target or Best Buy cards, which have high interest rates.

As mentioned, you should aim for lump sum payments on these to get them out of the way.

Look at ways to save money

This is the most obvious, but also the most irritating.

Making a change to your lifestyle is the hardest, but by far most effective way to get yourself out of debt.

While we are used to buying things from the most accessible places, there are many ways to get things cheaper:

Craigslist and gumtree are always cheaper than retail stores.

However, they require a bit more savviness and judgment as there are rarely returns.

So make sure to do your research before making a purchase.

Living a less luxurious lifestyle is difficult at first, but beneficial both financially and for your personal growth.

Living a simpler life is often associated with reduced levels of stress, anxiety, and depression.

This isn’t a rule, and everyone is different.

But you can always evaluate whether you need all the things you pay for.

Borrowing books instead of buying them?

Taking buses instead of trains and use the extra journey time to read up on your finances?

Accept that this is a long game

While debt is undesirable, it is a necessary for many people.

Many of us simply can’t get by without borrowing money at one point or another.

Taking on a student debt is almost always worth it in terms of the increased earnings later in life.

It can bring people out of cycles of poverty, expand social consciousness, and instill those with the greatest potential with the tools needed to change the world. 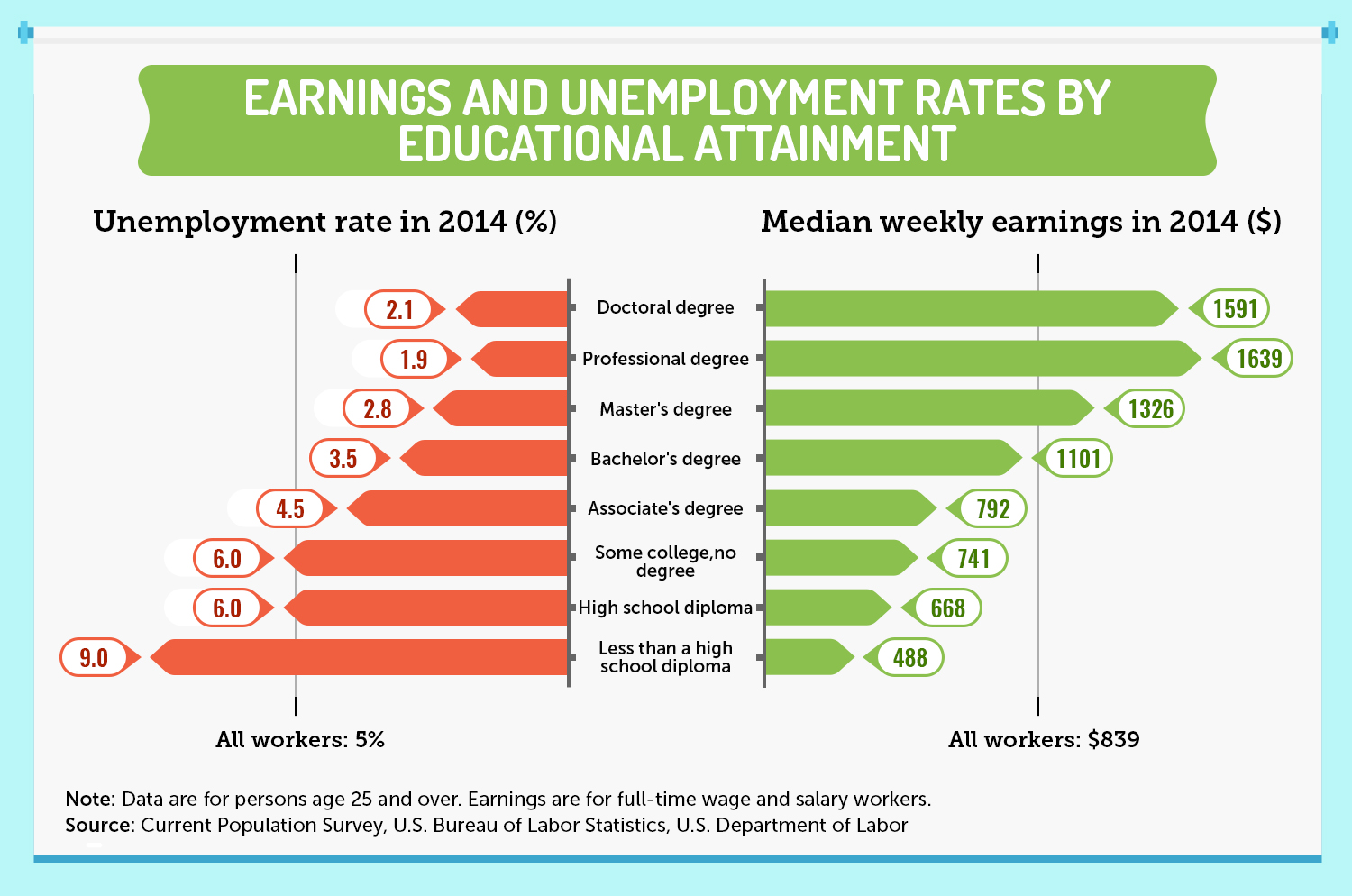 While it’s true that debt levels are at their highest ever, and many are trapped in a cycle of payments, the following is also true: the world economy that has grown largely through borrowing and spending has created a standard of living for most that no one could have dreamt of 100 years ago. 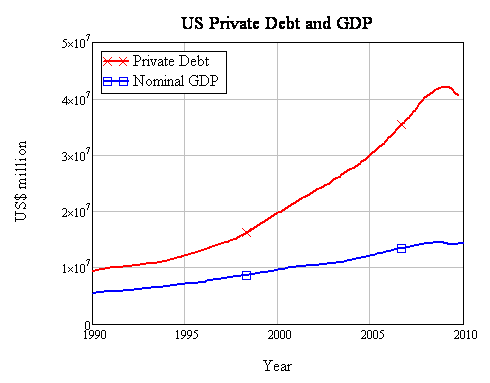 Borrowing and debt will be integral to economic growth and activity for the foreseeable future, and it’s best to make do with what we have.

Debt is a very useful tool that can be abused like anything else.

But tackling it at its most destructive is the important part, and those high interest loans are the ones you need to target first.

Not doing so makes a problem out of a solution, by turning debt into a weight, when it was at first a lift.

You should not expect that you will be free of it immediately.

Especially if you have debt in the tens or hundreds of thousands, expect to be in it for a while.

If the idea of it stresses you out, seek help.

Too much stress might lead to rash decisions or no decision at all.

But at the same time, don’t be too relaxed as it is a problem that needs to be faced.

Like building a piece of art, or forging a skill, or learning a language, it is a long process, and you will need more time than you are perhaps at first prepared to accept.

Following these five steps is the first way you can take control and ensure debt isn’t the death sentence that some say it is.